Blåkulla is the place to be during Easter in Sweden, at least if you are an Easter witch “Påskkärring”! This is an old pagan tradition dating back to the 1500’s. The witches were thought to be flying over Sweden on Maundy Thursday (Skärtorsdag) to gather at Blåkulla to party with the devil. On the west coast of Sweden the tradition of bonfires to ward off the witches still exists.

Nowadays, children dress up as Easter witches and wander around their neighbourhoods knocking on doors to collect sweets – so stock up on sweets!

Swedes also decorate branches (often birch) with coloured feathers. The Påskris or Fastlagsris dates back to the 1600’s when on Good Friday the patriarch would symbolically whip the children and even their servants as a reminder of the suffering of Christ. Sometimes the reverse would occur and the children had the pleasure of whipping their parents!

The word Påsk is an adaptation of the Hebrew word Pesach, the Jewish Passover celebration. Few Swedes attend church during the holiday, however concerts are held in many churches before and during the week of Easter.

Herring will be the food of choice for the Swedes but even lamb has become more common on the Easter menu. Never forget to serve “nubbe” (the Swedish aquavit) with the herring for Easter – a must for every Swede! With the “nubbe” you traditionally always have to sing a song – on this website you can down load the text to "Helan Går". 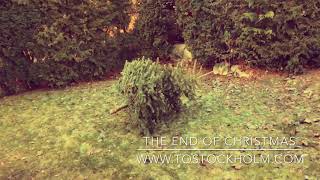 The Nobel Banquet and Nobel Menu

It's time for Semlor!